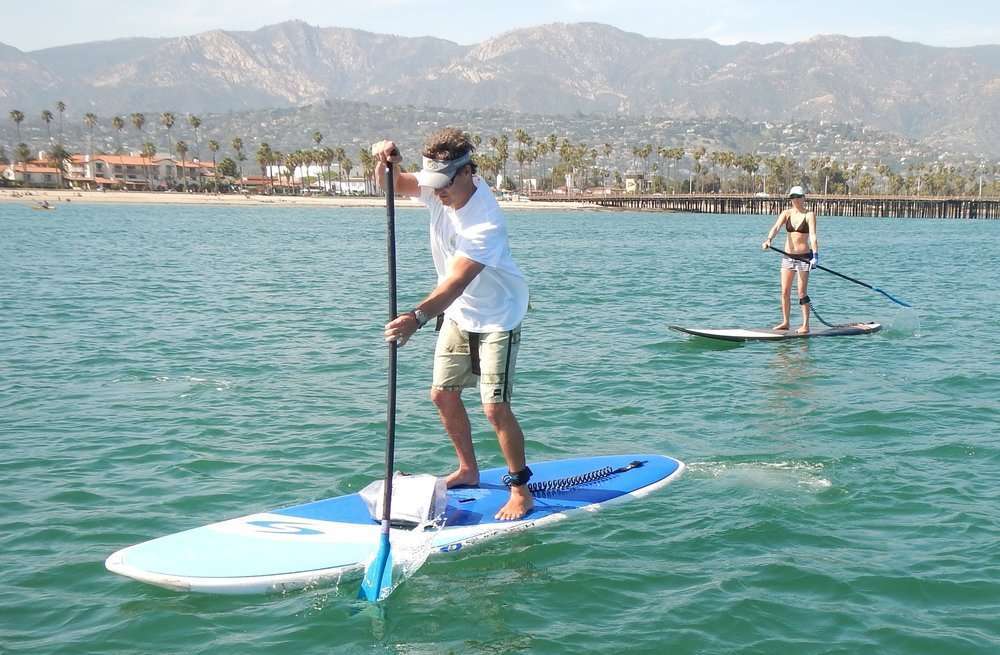 Leash Up for SUP – Stand Up Paddleboarding

Blog » Leash Up for SUP – Stand Up Paddleboarding

Stand-up Paddle Boarding (SUP) has vastly grown in popularity in recent years. With this surge of interest and ease of accessibility to rent or purchase a board, a large volume of people are experiencing the ocean from various skill backgrounds. While the majority of our renters are members who frequently paddle, we still find a significant amount of paddlers that come to our shop are first time SUP’ers. When Paddle Sports Center first brought kayaking to the Santa Barbara Harbor in 2001, it was met with strong resistance. Our business taught a large volume of lessons in the early years as newcomers became familiar with kayaking. During this time, there was a learning curve of acceptance, skill improvement, and demand. After a few years of exposing a new population within the community to the foundations of kayaking, we found that the amount of lessons began to dramatically decrease. This however, wasn’t related to the quantity of first-time kayakers wanting to get out on the ocean. I feel that it was more attributed to the notion that kayaking does not require significant ability or technique- that one could just jump in and figure it out on their first try. Flash forward nine years and the same story was being replayed with Stand-Up Paddle Boarding. Initially it wasn’t allowed as an activity in the Santa Barbara Harbor. It was viewed as by the city as similar to surfing, which comes close to a form of swimming. Swimming isn’t allowed in the harbor for safety reasons, so, much like kayaking, SUP was originally banned, then finally allowed in the Santa Barbara Harbor, in 2010. That year it seemed like all we did was teach lessons- tons of them. We noticed the acceptance curve was similar to kayaking. What started off as a flurry of first-timers taking lessons, turned into mostly rentals. Once again we were dealing with a large number of novice paddlers wanting to rent without any prior experience on the water. SUP had become sexy and trendy as a mainstream ocean activity, lots of people were curious to try it out. While we strongly suggest taking a lesson to learn basic skills before your first time paddling, we found we were turning into screeners, obtaining a baseline understanding of whether a person is “water safe” in order to rent from us.

When a person walks into a shop and asks to rent a board, we have a quick assessment protocol. With an extensive background in guiding/life-guarding, several questions run through my head. What is the weather report? Is it windy with strong currents? What is the experience of this unknown customer? How strong do they look? What is their swimming ability? Do I have the suitable board for their height/weight? Is all my equipment in working order (leash, PFD, Paddle, board, wetsuit)? Do they know English well enough to understand our safety orientation? Are there any red flags as I speak with this soon-to-be paddler? Do they fully understand the waiver they are signing? After we go through this checklist, it is time to give the paddler an orientation. We cover the basics on how to use the equipment, rules for harbor navigation, proper technique, assessment of weather conditions, etc. The video below offers a good overview of much of what we cover.

With the progression of SUP from 2010 through 2014 we saw the need to create a standard way to screen & teach this flood of Stand-Up Paddle Boarders coming through our doors. In all other developed countries, except the United States, paddle sports equipment rentals are regulated by the government. Every rental, instruction & camp business goes through a rigorous independent certifying body to be allowed to offer these services. As a result of this formalized process, there was a noticeable shift throughout Australia and Europe. The government filtered out the rogue, back-alley businesses who cut corners for profit and compromised customers’ safety. As our business saw a steady increase of new paddlers on the water, we felt a responsibility to seek out training by a certifying body that officially recognized we were doing things correctly. We decided to reach out to the Academy of Surfing Instructors (ASI) about the SUP School and Instructor Training Program. This cost us more, forced us to change certain details of our operation, and took a fair amount of time. Through this process, I became an instructor trainer, teaching SUP instructors how to teach lessons. I feel passionately that people around the country need a standardized training program before they are allowed to just teach others. In our current system that lacks a standardized practice and basic certifications, what makes a person an authority on teaching paddling technique and safety protocol to others? In harbors all around the country, the US Coast Guard sets common requirements for personal water craft use. Some of it confused me. A PFD must be on your board, but you don’t have to be attached to your board? Say I fall in, and the wind takes more board away, and I am a poor swimmer, then the situation can become dangerous. We took the rules the government put in place and took it a bit farther. We added the following:

After the recent drowning incident with another rental company in the Santa Barbara Harbor, we thought it would be best to stress the importance of wearing a leash. While having a PFD ‘onboard’ is required, being attached to your board by wearing a leash is the most effective way to lower the risk in the activity. Most SUP CO2 charged PFD’s provide adequate float, but they are typically not worn or used in drowning incidents. The board offers more buoyancy than any PFD could (over 200 Liters for most rental boards) and is in itself basically a swim platform to hold onto. After reading this Noozhawk article, I felt the statement, “that using a leash may not be advisable for paddleboarding in the surf or a river”, is out of line. If you fall off your board on a wave and you aren’t wearing a leash, that board turns into a 200L torpedo taking out any one else in the line-up. It is vital to wear a leash in the surf or on a river. We have been stressing this for a long time and ASI in 2014 made it the focal point of their SUP Awareness Campaign. In the aftermath of this tragedy, we as a community are left with question of how this scenario could be prevented in the future. Accidents can happen to anybody, with any activity there are variables outside of the realm of control. However, a standardized safety protocol can greatly reduce the opportunity for injury and could even be the difference between life and death.

After reading a few articles on SUP drownings, I stumbled on this USCG recreational boating statistics. 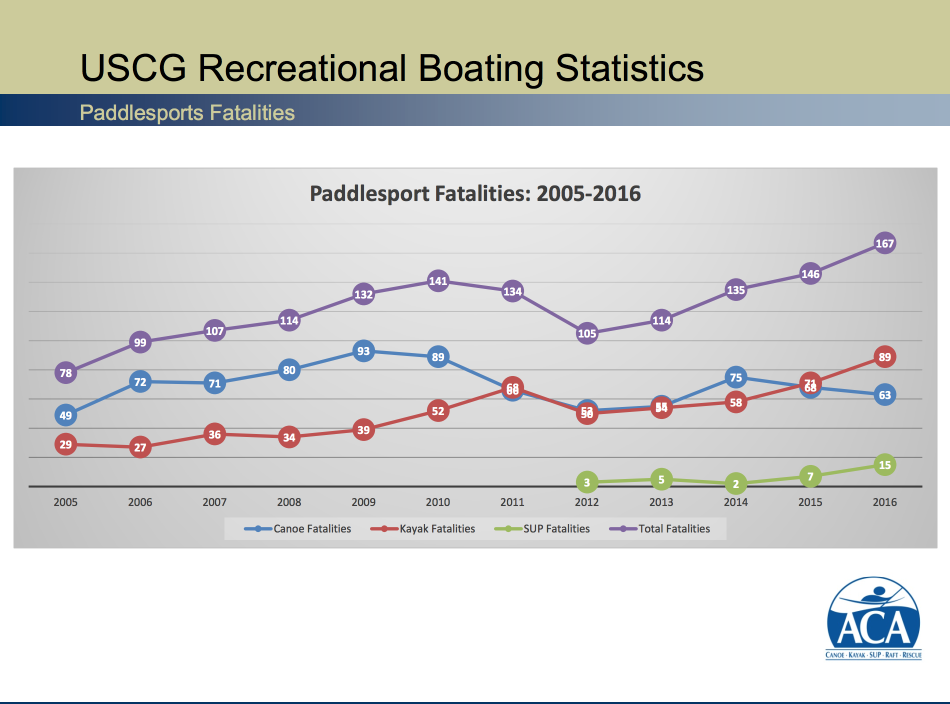