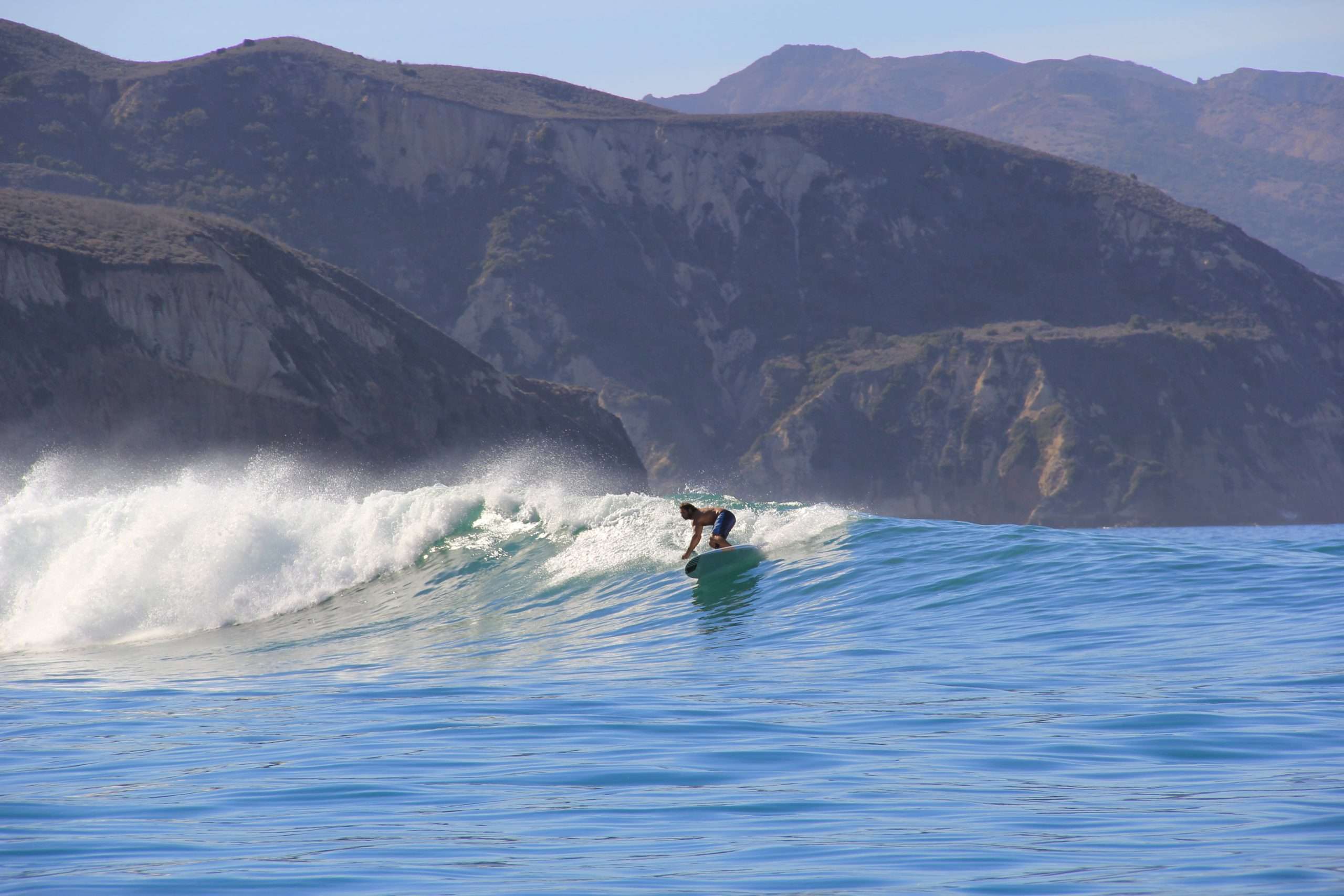 It was late June and a warm night was about to fall. I had let the rest of the staff go home and I stood behind the counter, counting the sales for the day. I heard a group coming through the back door and looked up to see a gaggle of guides, mermaids and friends mosey through the back door. They shouted their hellos and set about socializing and putting on gear. I watched the group from the safety of my well worn shop stool and started to pack up for the day. I hiked my backpack up onto my back when the co-founder of CIO asked me where I was going. With a matter of fact tone I told him, “home” to which he replied something along the lines of “suit up”. They were heading out for a group paddle on the full moon and I could not have been more thrilled to be invited. Unprepared to paddle at night, I had not brought along a white waterproof light, so became paired in a tandem with a new friend.

As people squeezed into wetsuits, the music came on and the energy went up. We massed down to the dock where the sky was an orchestra of color. As kayak dropped into the water, the air with deep based thuds and we were off. We came surging out of the harbor’s main channel into the open water whooping and hollering. We waited for the moon to rise with our backs to the wall that contained the harbor. We played in the small swell that bounced back and forth. And like clockwork the sun dropped and the moon popped up. Outdoor adventure people are an interesting breed. They are hands-on, that take risks for reward in the outdoors and some of those risks would make you baulk and bail. As they say, the full moon brings out the creature in everyone. So as the moon rose, a sort of sorcery fell upon the people and turned them into wolves. They had been rambunctious the whole paddle, but now they sounded a chorus of crazy. As they sang and howled, a freak swell lifted us all sitting in our kayaks and started pounding out shoulder-high waves off of the break wall. As they will, the adventure people took the chance to surf a big wave in the dark of the night and light of the moon.

Now, I didn’t surf until very recently and while I’ve been around the ocean my whole life, there is just something a little extra eerie about the ocean at night. So surfing waves and potentially falling out of my kayak was a big risk that I normally, would not be willing to take. But this was my first paddle with a group I very much wanted to be a part of and I was not about to chicken out. Telling myself that everyone I was with was extremely qualified to save my life if I started to drown, I drove my paddle into the water and me and my new friend made our way into the lineup. I saw then why these people had been so vocal about their excitement during this paddle; this was amazing. This was by far the coolest thing I had ever done. These were the biggest waves I had ever ridden and I was doing so at night, on a full moon, with a wildly generous and welcoming group. Then I died.

Well, I didn’t die per-say, but I was convinced bones were broken. In the midst of paddling back into the lineup to catch a wave off the wall, one had to steer through the waves and the charging kayakers, all by the light of the moon and a headlamp. At the dead of night it is hard to distinguish where other boats are in the surf zone. My kayak captain and I are doing our best to navigate the mess of spray and red plastic kayaks when a wave rose in front of us and another tandem come sailing down. I shouted “HEY, HEY, HEY!” in panic knowing just how heavy that particular piece of equipment is. John braked hard and wrenched our kayak back, but not fast enough. The heavy other tandem jumped the side of our kayak, landed and slid across my shins. I shouted in pain and looked down at my legs thinking I would just see bloody stumps but they were still intact beneath my wetsuit. I sat in shock for a moment and let the adrenaline of where we were and what was going on take over. I looked back at the captain, his mouth agape and he asked if I wanted to go in. I shook my head and we continued into the lineup.

We waved the group around and told them the plan, my legs were metaphorically broken. They followed behind us as we paddling around the wall through a small surf zone called Sandspit. Mentally preparing myself to get out of the water I relaxed into the soaking wet seat. We were cruising along when I heard shouts behind me. I looked back to see John bracing hard against a wave that was already curling up next to us. Leaning into it, we rode the best wave of the night. It only lasted four, maybe five seconds, but this wave tubed around us creating the best and only barrel I’ve ever ridden. We were immediately sucked under as the wave hurled our boat onto the shore. We scrambled around on the sand for our paddles in chaos, yet it was the most spectacular moment of my life. That moment is half the reason I have gotten into riding waves now. The rest of the night doesn’t really stick in my memory because my mind was awash in full-moon-magic.

Since then I’ve had a lot of adventures with this group. Full moons, hiking, river jumping, surf sessions and group paddles. But this one in particular will be my initiation into a group that takes calculated risks for phenomenal rewards. They have become my safe place, my fun space and my family. If you have the chance to meet or play with any of these people, you’ll be shocked by their ocean knowledge and their true love and passion for what they do. There is full moon upon us, and I can’t wait to see what happens.