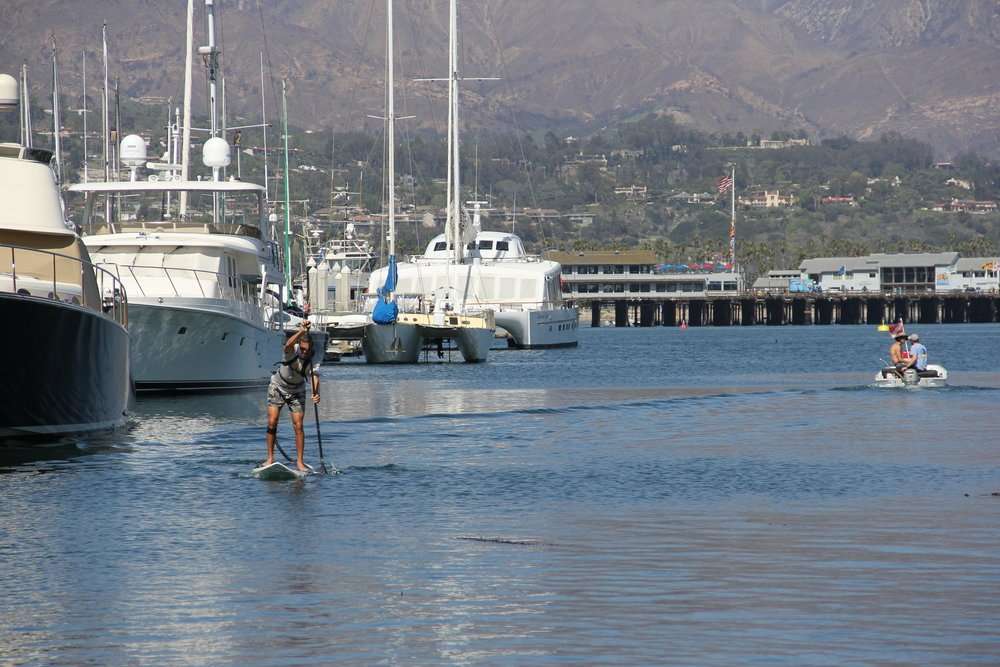 Adam Nagler is one of the most astoundingly determined and meticulously health conscious people you’ll meet in the harbor. He’s been a part of Santa Barbara’s local community for the last 18 years now, and a dedicated Paddle Sports Center Member. Coming from the “big city” lifestyle and growing up in New York, the community in SB surprised him. It has been a refreshing change of pace and an important inspiration to him.

Adam Nagler after Day 1 of the 150hrs of Santa Barbara
Diving into different feats of strength for an honorable cause definitely comes naturally for Adam. Much like his dedication to personal physical accomplishment, he draws strength from maintaining the close connection he’s felt with the people of this community. In other words, he hopes to make a positive impact and influence in people’s lives in a comparable way. In a way, he says he’s competing against himself, trying to be all he can be.

After the devastating effects of the Thomas fire and subsequent mudslides in Montecito, Adam felt it to be his duty to give back. He’s asking Santa Barbarians to dig in their pockets one more time for the cause as he wraps up this long journey. His mission? “To provide the all-volunteer, non- profit Santa Barbara County Search and Rescue team with vital funding to support their priority equipment requirements. Those he specifies in a list as follows:

He goes on to say… “From the ocean to the deep backcountry and everything in between, SBCSAR has been an essential cog in the country’s first responder operations since 1962. Over the last eight weeks they’ve been actively responding to the Thomas Fire and resulting mudslides, in what was the largest search and rescue operation in county history.” 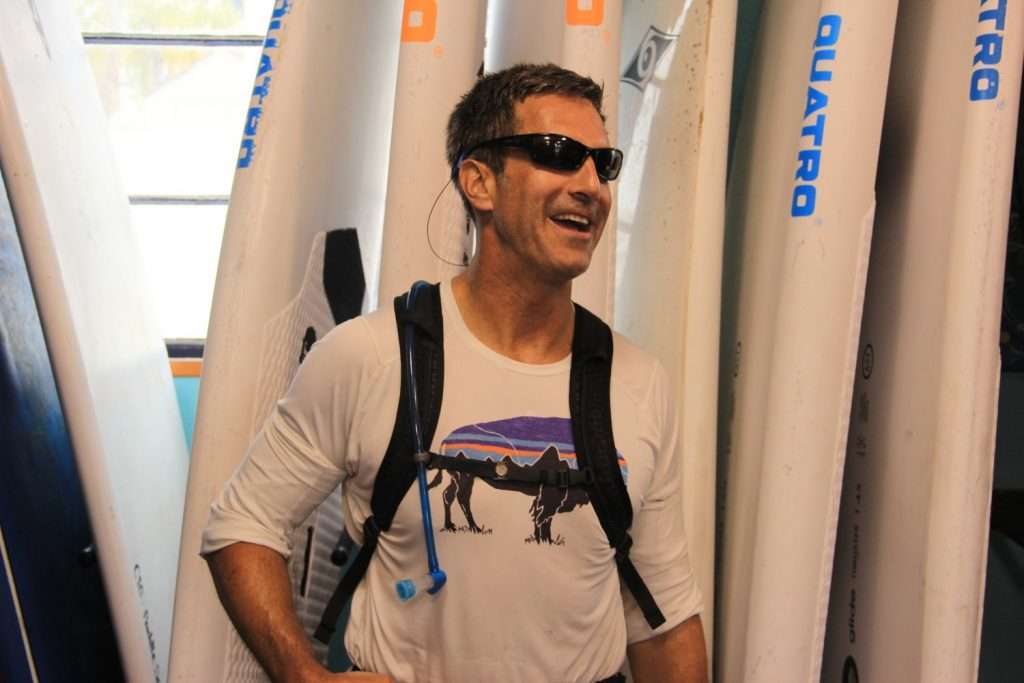 Adam’s course will consist of 4 different disciplines (mountain biking, inline skating, running and SUPing) for a total of 10 days, 150 hours and 1,000+ miles. With headquarters here at the Paddle Sports Center, Adam states, “the course will follow four variations of a 19-22 mile round trip loop from Santa Barbara Harbor to Goleta Pier. The terrain for each loop will be specific and adapted to the disciplines…SBCSAR ‘Goes the Distance’ for our community. When the going gets tough, they don’t back down…they double down…on commitment, teamwork and excellence in order to save lives. It’s time for me to double down, and ‘Go the Distance’ for them.” As Adam put’s it, the effects of hitting “The Wall” ARE REAL. What can possibly be done to continue during those stretches, when advancement seems near impossible? Is it a sense of duty to something larger than oneself? He responded with, quite simply, “put in the time.”